As the summer season of Basketball draws to a close with only three rounds remaining, it is timely to recognise the significant development and improvement in a number of the junior age groups. This is a testament to hard work by staff and outside cocahes who together have refined the skill set of their tems. The emphasis in training on committed pressure defence has paid dividends and has resulted in several closely contested games in recent weeks.

The boys of 16A and B teams have had an exceptional season to date, under the expert gudance of the coach Misha Putica. The 16Bs have a stunning record with just one loss all season. Unfortunately the season has proven a little more challenging for the 16As, however, they have recorded some convincing wins and some very close losess. The guards for both temas have been diligent in their supply of the ball to the hight point scores for the season. The current highest point scorer for the 16As is James Burgess who has scored 102 points so far the season. In the 16Bs there is a close battle between Gescard Bayssari on 107 points and Nick Jarrett who has scored 105 points to date. Each and every player has now developed a deeper understanding of team aspect required to be successful at this level of basketball. This progress was demonstrated in the games against Scots last weekend with convincing wins of 49 to 18 for the 16As and 37 to 26 to Bs. Congradulations for the boys and coach for a impressive imrovment.

After a narrow defeat in the 15Bs, the 15As managed an excellent win over the rival Scots team last Saturday. The team showed great composure and temawork to score an impressive 60-27 victory. Points guards Adam Abbound and new student, Greg Kahlil run the floor extremly well and set up some excellent offansive moves. After an initialight period we managed to get ahed with exellent fast breaks and well taken layups with Aaron Kang, Peter Fenwicke, Jack Goode and Greg Cunningham, and Liam Cavanagh-Downs getting amongst the points.

While our offensive play was working well, one of the most pleasing aspects of the game was our solid defensive effort by Archie Benness, Alex Moore and Jared Bechara as we made Scots work hard for their baskets. Congradulations for the boys and coach for the vastly improved showing. 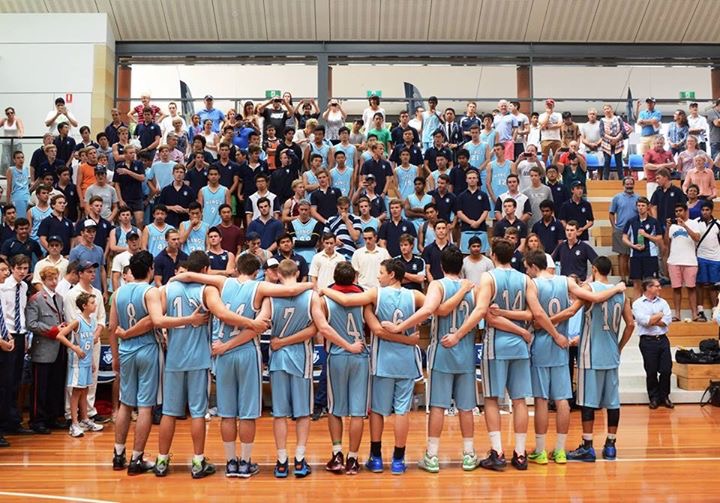